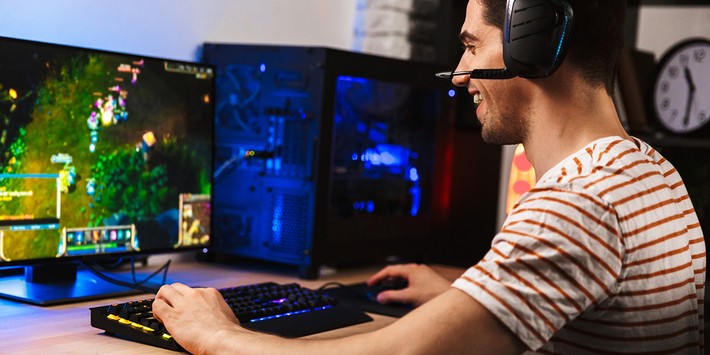 Do Video Games Hold the Secret to Fitness Business Success?

Video games are often associated with sedentary behavior. But as it turns out, the video game industry may have a lot to teach fitness business owners. Not only that, but gamers themselves represent significant potential to today’s fitness businesses. Here’s a closer look at the surprising relationship between video games and the fitness industry.

Fitness veteran and entrepreneur Stephen Tharrett recently shared insights with Les Mills on what the fitness industry can learn from the gaming industry. According to Tharrett, businesses have a tendency to measure their own success against similar businesses operating within the same industry. His assertion? That looking outward -- especially to the gaming industry as well as to sports entertainment -- offers extraordinary benefits.

Tharrett highlighted several things, in particular, that the gaming industry does which could be equally lucrative when applied in fitness.  His first lesson is about learning how to monetize the emotions of the player. “In fitness, we try to monetize people’s needs, but gaming companies have learned you can’t monetize a need like you can an emotion,” Tharrett asserts.

This ties in with a second takeaway: that good games always have a good story with a strong and compelling narrative that progresses and evolves. Says Tharrett, “In fitness, we try to monetize people’s needs, but gaming companies have learned you can’t monetize a need like you can an emotion.”

Lastly, Tharrett points to the fact that outright failure isn’t part of the gaming industry. Rather, they have “performance failure,” which may involve the inability to reach a certain level, but there’s always the option of taking a different route or using other approaches to find solutions to challenges.

“When you think of our industry, our marketing typically creates a sense of abject failure along the lines of ‘If you don’t look like this, you can’t do that’. In the mind of the consumer, it instills a sense of ‘If I can’t get somewhere after 30 days, I’m a failure,’” he explains.

Tharrett also highlights the importance of community-building within the health club industry -- a characteristic for which the gaming industry is well known. According to Tharrett, the better clubs know their members, the better they can focus on brand differentiation in order to create a space that’s conducive to cultivating a community.

The Gamification of Fitness

A recent AListDaily article, meanwhile, highlights another way the gaming industry can impact the fitness industry: by leveraging the power of the ready-made gaming community. Said SuperData Research CEO Joost van Dreunen, “The persistent notion that gamers are overweight slobs without concern for their own health is patently incorrect. This is both a result of gaming becoming more mainstream and a shift in awareness around nutrition and health.” 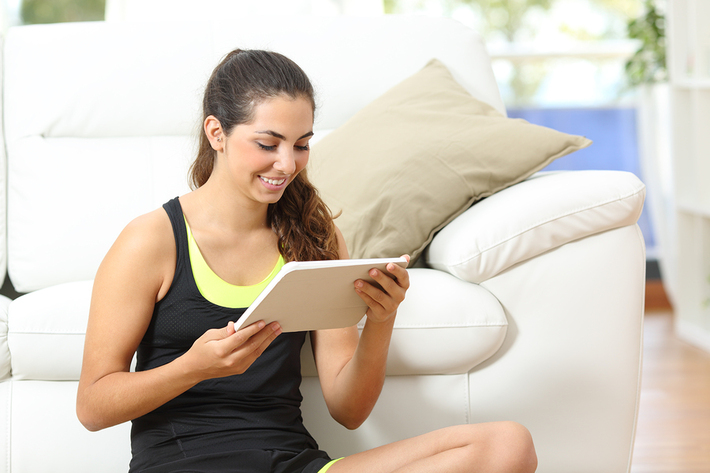 Specifically, the article points to a recent surge in fitness streamers on the popular live-streaming platform Twitch, which is primarily known for its active gaming community. Twitch community programs manager Brittany Brown told AListDaily, “We are definitely seeing growth in the space. One interesting fact is that whenever we spotlight a fitness stream, we generally see a new batch of fitness streamers cropping up shortly afterward. When people realize there is an outlet for them to embrace their passion and also monetize it, it is a great motivator to start streaming on Twitch.”

Streamer Jackson Bliton -- AKA Bajheera -- has had success in both the fitness and gaming communities. “Because Twitch represents a new economy for fitness content creators, it is beginning to attract more of them. Brands need to be where their users are and although it is at a nascent stage, Twitch represents the next evolution of the fitness industry," he says of the imperative to embrace this new and exciting delivery method.

And while the association between fitness and gaming may be relatively new, it’s here to stay, according to Pew Research suggesting the increasing use of gamification in fitness moving forward. Of course, gamification and digitalization go hand in hand, which is just one of the many reasons wearables will continue to be an integral part of the fitness business landscape.  Request a demo today to learn about Accuro's cutting-edge fitness monitoring technology.