The afterburn effect, also known as excess post-exercise oxygen consumption (EPOC), is when you have an increased quantity of calories burned after exercise (up to 72 hours after exercise). Exercise, especially high intensity interval training (HIIT), increases your muscles' demand for oxygen (VO2), which oxidizes carbohydrates and fats, producing the energy needed for movement.

EPOC is an important concept when understanding the training effect based on the training load. HIIT/Interval Training has been around for as long as there have been formal training programs. However, interval training was primarily used by athletes and coaches looking to improve performance, until McMasters University published what is known as the McMasters Studies that showed clear health and body fat loss benefits from intermittent high intensity exercise. And now we have over 10 years of solid research and practical results supporting this fact.

The graph below exemplifies what EPOC looks like with traditional steady-state “cardio” type exercise. There is a metabolic demand created during the course of exercise and an after-effect post exercise where we also expend more calories than when we are at rest. 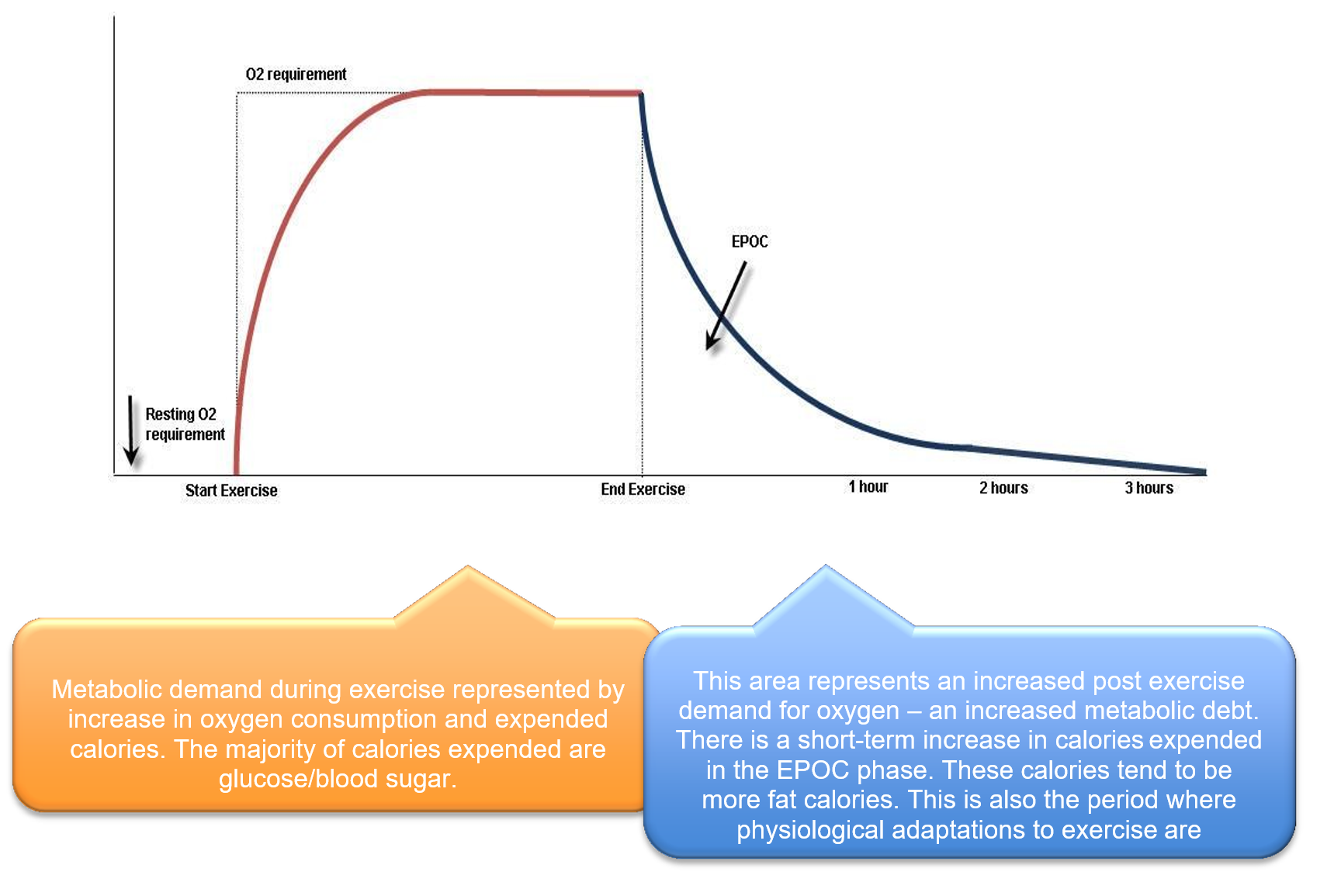 The graph below shows what EPOC looks like for interval or HIIT training. The metabolic demand during the exercise is less than the steady state exercise, but the EPOC effect last much longer. The hardest that the aerobic system can work is during the recovery phase after high intensity muscled contraction.

The EPOC effect for traditional cardio exercise lasts a few hours after exercise. The EPOC effect for HIIT training lasts for 72 hours plus. In effect, what happens is that we “burn” a certain amount of calories during exercise, but depending on what type of exercise you do, you can extend the caloric burn for hours, on up to days after your exercise session. With HIIT training there is also a much bigger burn of stored body fat during the EPOC phase than with traditional cardio. When looking at heart rate graphs after exercise you can clearly see good quality intervals represented by the sharp up & down of heart rate.