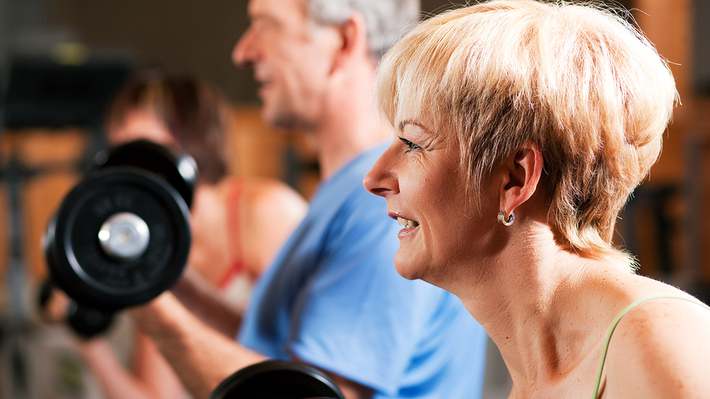 The 411 on Fitness Business Marketing to Baby Boomers

The topic of marketing to Millennials may get most of the buzz, but the senior market is also strong -- and growing by the day. Wondering whether your fitness facility business is doing all it can do to court the Baby Boom generation? Read on for a closer look at why the Baby Boomers matter so much, and what your gym,  fitness studio, or health care center can do to attract -- and keep -- their business.

Millennials may have recently superseded the Baby Boomers as the largest generation, but the Boomers are still massive in number: Specifically, they now number around 75.4 million, according to Pew Research.

But Baby Boomers aren’t just remarkable for their size. They’re also remarkable for their spending power. Dubbed “the most valuable generation” in the United States, this group of adults born between 1946 and 1964 packs a serious punch when it comes to disposable income. Not only do they control 70 percent of the country’s disposable cash, according to some estimates, but their wealth will continue to grow as they inherit from their parents and older spouses.

Not only do the Baby Boomers have a lot of money, but they’re willing to spend it. Says Immersion Active, “There is no doubt that adults 50+ will continue to be the most powerful consumers in the marketplace.” Adds Sophie Schmitt, co-founder of a consulting firm specializing in the senior market, “Baby Boomers are different from the 70-plus generation. They consider aging well as a lifestyle. That is different from the past when people regarded aging as a fate.”

Factor in that people are living longer and that marketing strategies often fail to acknowledge the specific preferences of seniors, and there is a clear takeaway for fitness businesses. Proposes Smart Club Marketing, “Even if your club doesn’t want to ‘cater’ to the 55+ market as a specialty, the fact still remains that many of your future members will fall into this population, making it even more important that you understand the market and provide a bare minimum of services and amenities to attract and retain an older population.”

There’s a difference between talking about reaching the Baby Boomers and actually doing it. Fitness businesses should keep these four things in mind when marketing to this valuable demographic.

Words like “senior,” “elderly” and “middle-aged” are also on the no-no list. So what works? Ann Fishman, founder of Generational Targeted Marketing, told Contently, “AARP did an excellent job of redesigning itself to become a good vehicle of something people are attracted to. They put movie stars on the cover of their magazines—they have Goldie Hawn. If they aren’t afraid to be on AARP, then it’s okay for us to be on AARP.”

Which begs the question: Which words should you be using? Fishman calls on the AARP’s example, which appeals to older adults with phrases like “you’ve still got it,” “life reimagined,” and “real possibilities.”

2. They use technology, but differently.

While Millennials may be the first generation of digital natives, Baby Boomers aren’t anti-technology. Rather, they just use it differently.

One area where this is particularly applicable? Social media. Says Forbes, “As you develop your social media strategy for baby boomers, be aware that while a 20-year old is posting photos of their night out on Instagram or Snapchat, a baby boomer is more likely to post a photograph of a new grandbaby or the new RV they just purchased on Facebook. It’s the more ‘traditional’ venues such as Facebook and Twitter that are used by baby boomers; so keep your focus there.”

According to PCWorld, meanwhile, Baby Boomers embrace technologies like wearables just as enthusiastically as their younger counterparts. They may need more help and patience when it comes to using these technologies, however, so offering classes and informational sessions about new technologies can be valuable techniques for supporting adoption.

While there may be a multitude of channels from which to choose, email still matters -- especially with Baby Boomers. Recommends Mature Marketing Matters, “We urge you and your team to use email marketing wisely and frequently. We have found there have been instances where prospects prefer to be reached via email versus any other medium. And that’s because seniors and Boomers feel as though they are getting an exclusive message and provided with information that the general public is not. Not only that, but to them it feels less intrusive than a sales call or direct mail and for this group that is important.”

Baby Boomers are credited with having led the fitness revolution. And while some may still be training for marathons and aiming for perfect bikini bodies, others have something more practical in mind: functional fitness. 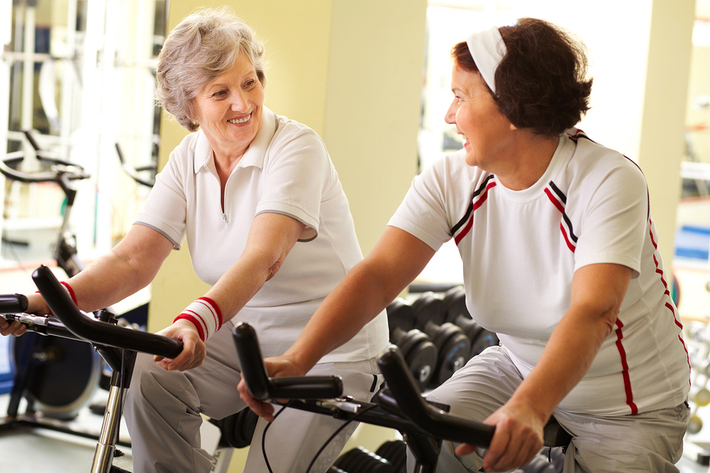 According to IDEAFit, “Boomers recognize the importance of achieving and maintaining their health and are willing to spend money on experts in the fields of prehabilitation (designed to improve strength, stability and/or overall general conditioning prior to surgery) and corrective exercise in order to maintain their level of activity as they age. Therefore, the fitness industry must be prepared to address the specific needs of these populations.”

The imperative for fitness businesses looking to grow? While Millennials matter, the power and potential of Baby Boomers should not be overlooked or underestimated.  To learn about fitness monitoring solutions suitable for all demographics, download the Accurofit catalog today.